The Day of German Unity … Is there a better way to celebrate this with beer, brats and open fire? No! So lets take this essential ingredients and make an awesome recipe: Beer Brats…I discovered this recepie at the BBQ Pit Boys Youtube channel. It was kinda weird to see that they use a german ketchup and mustard. But it seems that we do have some good BBQ related stuff that we export.
Anyway… a few months later a friend of mine asked me about a quick and simple recipe for him and his neighbor. Of course instantly one recipe came to my mind: beer brats!

Beer Brats – or in German:  Bier Bratwürstchen – can be made on nearly every grill. It can be a cheap $10 grill from a store, an electric or gas fuled one. It doesn’t matter.
You only need some standard ingredients, that everybody has.

As with every recipe on this blog: Take a look at the pictures. The preperation is real simple:

The combination of beer and bratwurst is awesome! The sometimes bitter bell pepper is well moderated by the sweet ketchup and the bun.  If you have a big grill this is a perfect recipe for a summer party with lot of people.  To make it more german you can heat up a pot with sauerkraut and a shot of beer and add this to your bun. 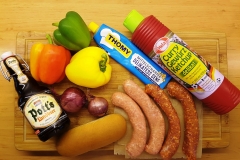 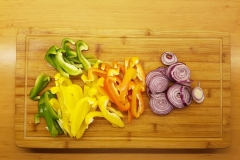 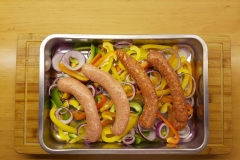 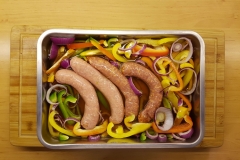 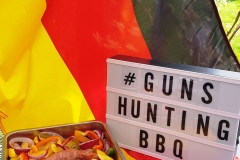 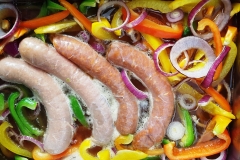 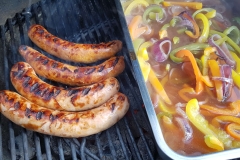 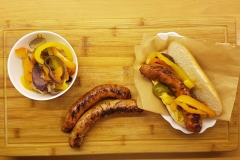 Halloween is around the corner. If you plan a party here are some ideas:

Impressions of our Halloween BBQ