Our shooting range is gonna close for five weeks due to maintenance. So I am not able to have fun with my Ruger MK 4. Therefore it is the best time to release an update on the problems I have with my Ruger…


After the last update post, I wanted to reproduce the failure to feed, so that I can talk to the dealer / gunsmith and describe the problem in detail.
Some people gave me advise on how to fix the problem by myself. But I am to insecure to do it on my own. I prefer to give my gun to a gunsmith and let him screw it up 😉
The other problem: A closing bolt after the last round, will be fixed later. It is not that annoying.

Failure to feed with the Ruger MK 4:

Well,…. What to say….? The gun had nearly no issues on the range… I only had one stove pipe… No idea why… Was the gun scared to be selled? … Who knows…
I did not change a damn thing, except for cleaning. But that is done after every training!
So … I did put around 200 rounds of CCI Standard through my Ruger that day. And only one Stove pipe. I think that is acceptable.
Of course the trip to the gunsmith was cancelled after that result. What was I suppose to say? “Gun works fine.. Fix it…”

During the next visits on the gun range I had time to test different ammo brands again:
RWS Pistol Target did NOT work with my gun. I had 3 failures to feed during the first 10 rounds. Also the wax cover on the bullets is insane. It messed up my gun and sticks to my fingers after reloading.
American Eagle, Federal Game Shok and CCI Stinger worked very well! CCI Standard did also well, like mentioned above..

That means, since the last update post I have put about 500 rounds through the gun.

While cleaning the gun, I recognized the “mark” on the edge of the chamber. You can see it in the pictures. It looks like the extractor is wearing of material here. Is this normal? Please comment below or write me a short mail, if it is not. I will contact Ruger for sure in the next time.

Additional I had a small problem with one screw on my open sights. The screw (marked in the pictue) did move and was above the open sight. I quickly tightened it with a small screwdriver. I think it is worth mentioning as a small new problem.

Is there anyting good about this gun?

Yes it is! I can handle it well. For my hands it is well balanced. Also the results on the paper targets are pretty good for my standards.
If this was not the case I would have scrapped it.

Last week a friend of mine did shoot the Ruger. It was the second time he shoot the gun. First time he shot it was a day after I got it. He mentioned, that he had the feeling that the trigger got better. Maybe it did… 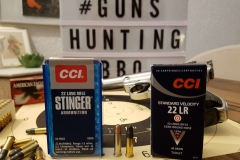 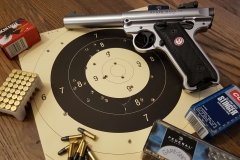 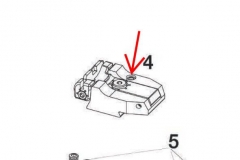 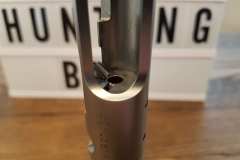 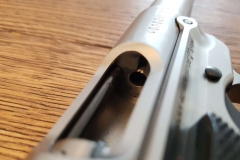 My first product review on the MK 4 (german only)